Today was the opening day for phase 1 of Metro's Silver Line. I live within walking distance of the last station, Wiehle Avenue - Reston East, so I walked over to sketch the opening day festivities. There were a lot of people there to ride the first train - I had to wait in a long line outside the station. But I eventually got on board in the second car, and rode the first train in through Tysons to East Falls Church, where the new tracks join the rest of the system. Riders cheered when the train started moving, and some even sang Silver Line songs they made up to the tunes of Christmas carols.
I briefly met up with some folks from Greater Greater Washington who were touring the new stations, but lost track of the group while I stopped to sketch.

I grew up in the outer suburbs, and have been waiting for this line to open for years. Now I can ride all the way in to DC without getting in my car, so this is an exciting day.

Once again a visit to The Coffee Bar.

The annual Smithsonian Folklife Festival has been going on over the past few weeks on the National Mall, in front of the Smithsonian Castle.  This year Kenya was one of the featured countries, and there was Kenyan food, folk art, music, and dance.  I got there just around closing time on the last day, so I didn't actually get to see much, but I did enjoy sketching to the rhythm of the music.
Posted by Joel at 8:51 PM 1 comments 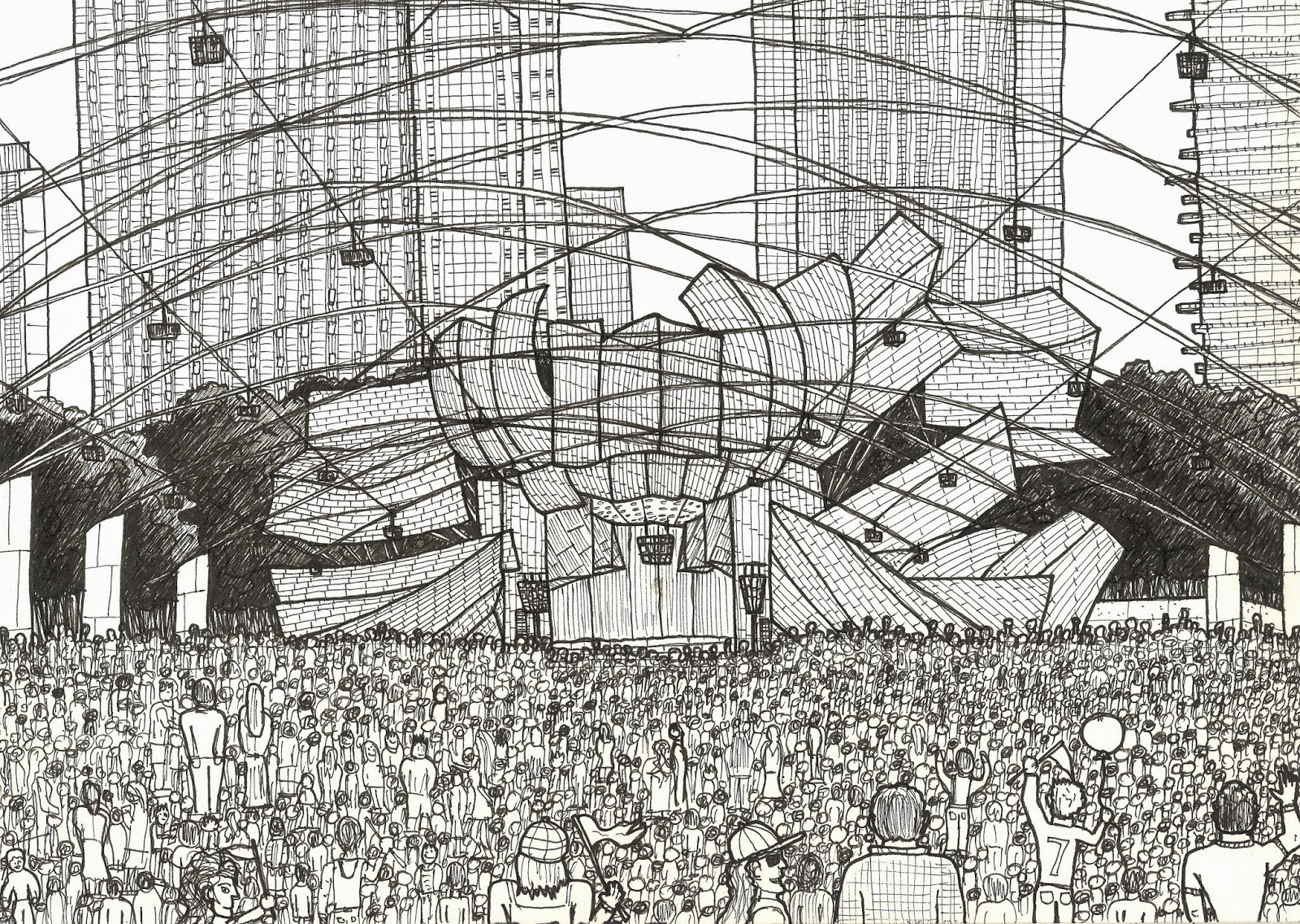 The Millennium Park was a very challenging sketch.....however I enjoyed every minute of it. This open theater was designed by Frank Gehry and it has a wonderful closed and open feeling all at once. It was a cold windy summer afternoon full of people enjoying elegant orchestra style of music from Latin America. There were birds singing, kids running, adults kissing, and many great things. I did this sketch the day before the begining of the AIA Chicago National Convention 2014. It took me 5.5 hrs with breaks and I used black ink on white paper.
Posted by Guido C. Seoanes Perla at 10:48 PM 0 comments