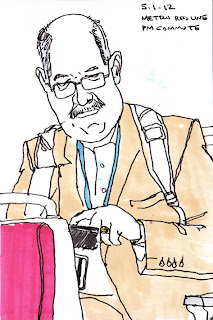 An X-ray of my head would reveal a brain comprised of two left-halves. Though uncommon for artists, it probably explains why I’m such a good production designer. Of course, too much perfectionist pixel pushing can wear an artist down, so I make time during the work day to spill ink on paper as well.
I sketch people during my commutes on the Metro, I sketch buildings and urban details during my lunch breaks, and I scrawl away aimlessly during breaks from wrestling with digital files. I draw with fountain pens, cheap gel pens, and markers into small sketchbooks, garnering strange looks from people in the process, because artists apparently belong in New York City, not Washington, DC.
I’m from a family of artists; my great grandparents were in the jewelry trade, my grandfather was a cartoonist during the Great Depression, and my father was a draftsman. I've been drawing all of my life, earning a BFA in Illustration from FIT, and working as an illustrator, designer, and production artist. I also rocked my kindergarten art show, where my unusually detailed and realistic rendering of the local garbage truck made center-wall, cementing my life as an artist and ruling out any chance of me ever becoming a doctor or lawyer. 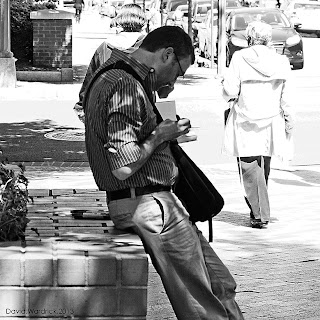