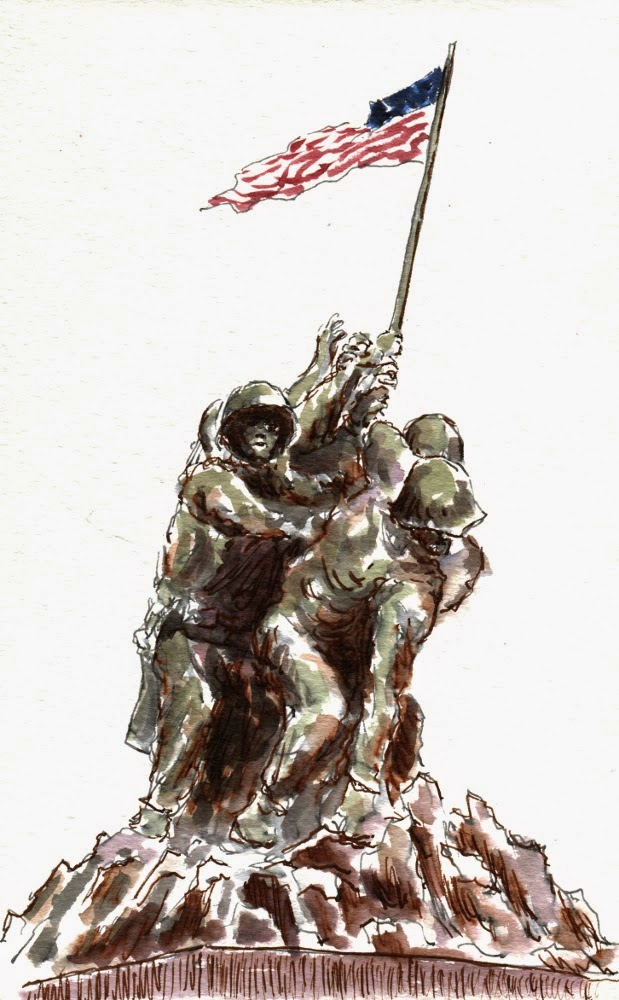 The base of the memorial was covered with snow yesterday, though it had mostly melted off of the sculpture itself.  There were several snowmen in attendance, and I saw sled tracks alarmingly close to the GW Parkway (which would not be a good place to end up on a sled).
Posted by Joel at 8:03 AM