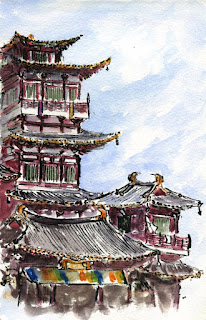 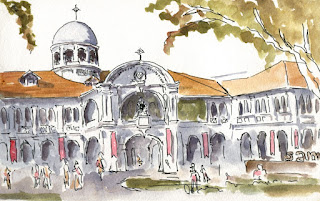 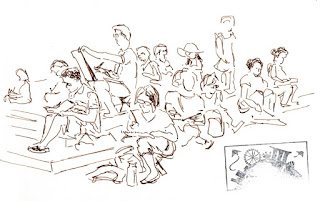 I got a lot of energy from spending the week with so many other sketchers, and I feel like I learned a lot from them.  Getting feedback and ideas from the instructors and the other sketchers can be valuable for improving your work.  The time between the organized sketching activities is a big part of the fun as well - I spent a good part of the week hanging out with a group of Australians who "adopted" me, and of course we continued the Symposium tradition of drawing each other over dinner.  I filled several sketchbooks there - too many to post here, but you can see the rest on my flickr album for the trip.
If you ever get a chance to go to one of the Symposiums, I highly recommend it - it is worth the jet lag.  Next year the Symposium will be in Manchester, U.K., and I hope to be able to go.
Posted by Joel at 7:17 PM