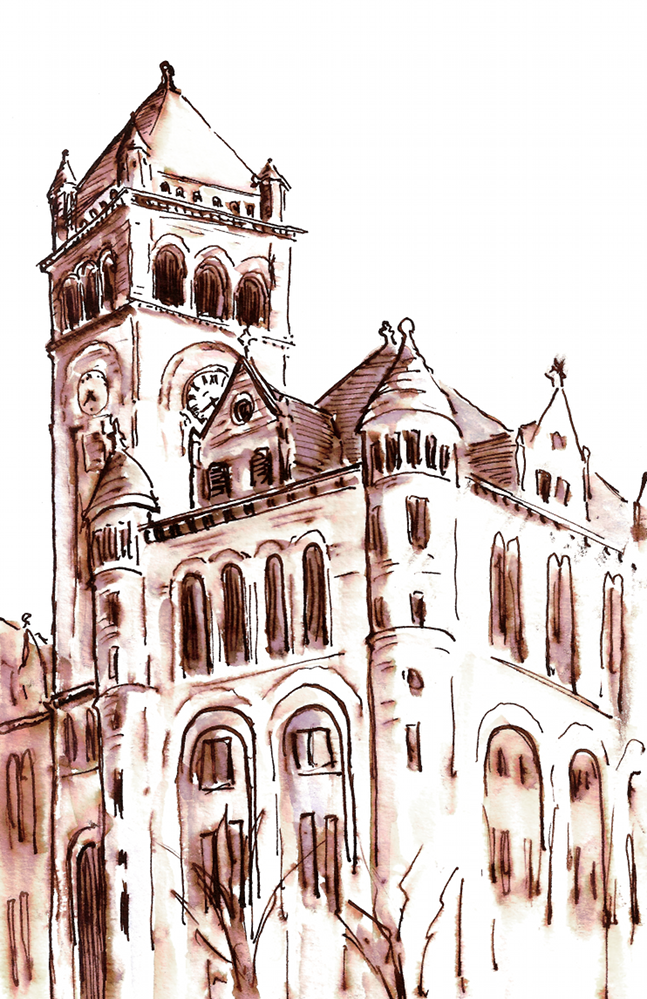 For the 42nd World Wide Sketchcrawl, the D.C. sketchers met at the Old Post Office on Pennsylvania Avenue, because it has a nice atrium where we could sketch out of the elements. I happened to be in the neighborhood last week, when it was a little warmer, so I went ahead and did a sketch of the exterior that day, since I knew it would be colder today.

In front of the building is a statue of Benjamin Franklin, the first Postmaster General. Inside there is an atrium with a food court and shopping, and an observation tower that gives a nice view of the District.

We had a few new people this time, as well as some familiar faces. It's always good to get a chance to see other sketchers. 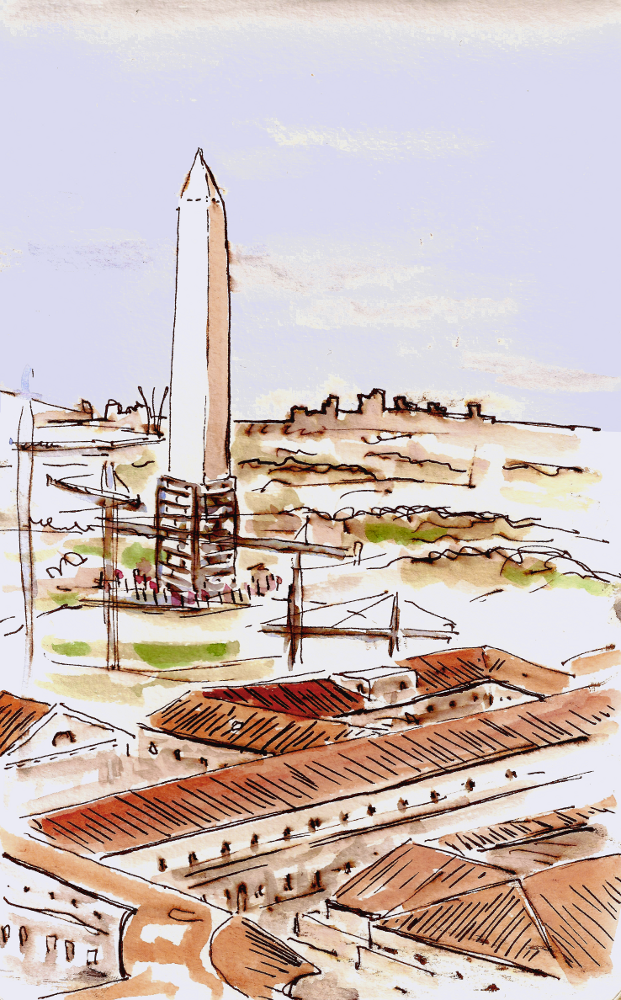 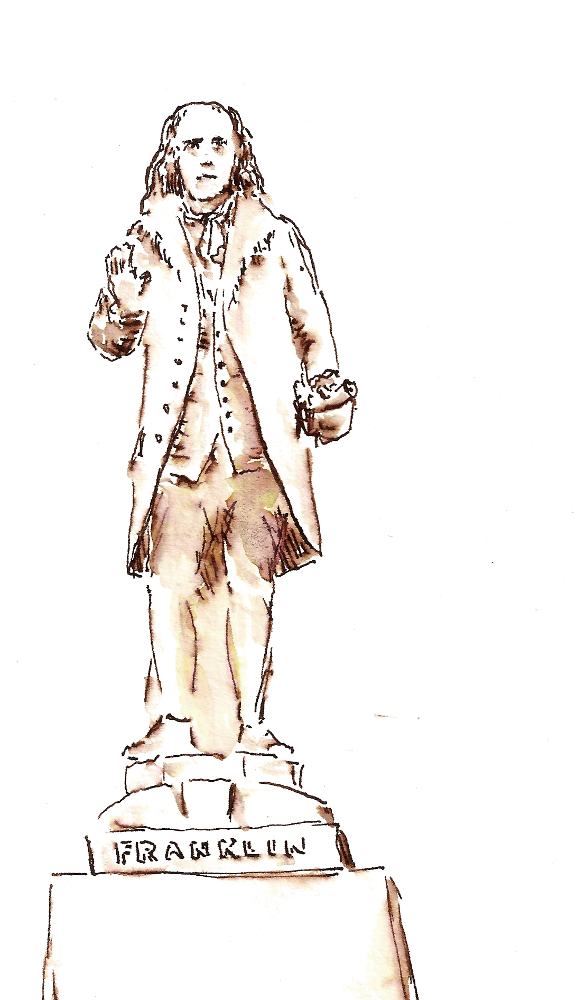 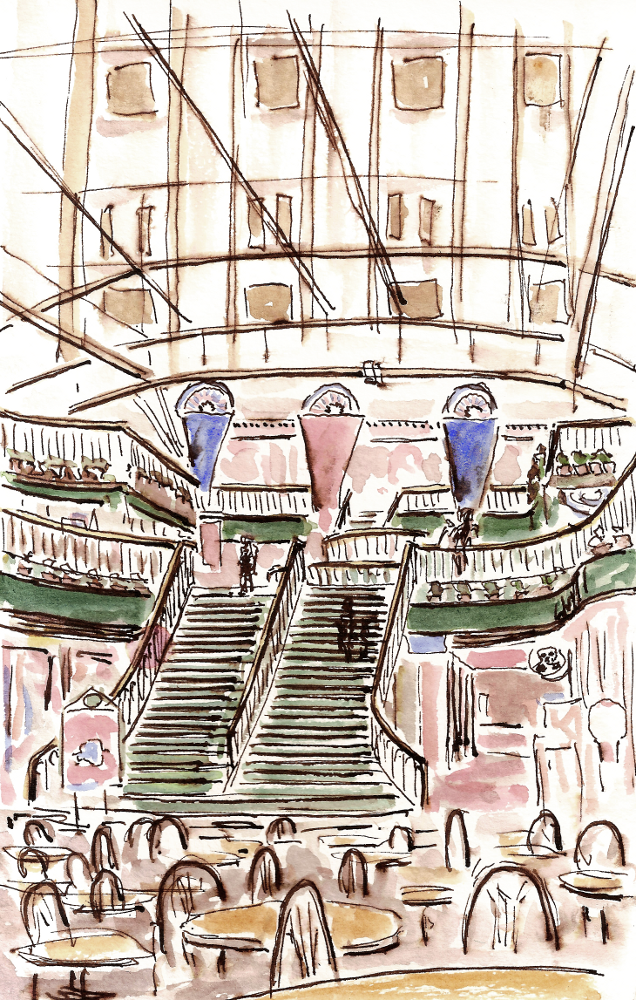